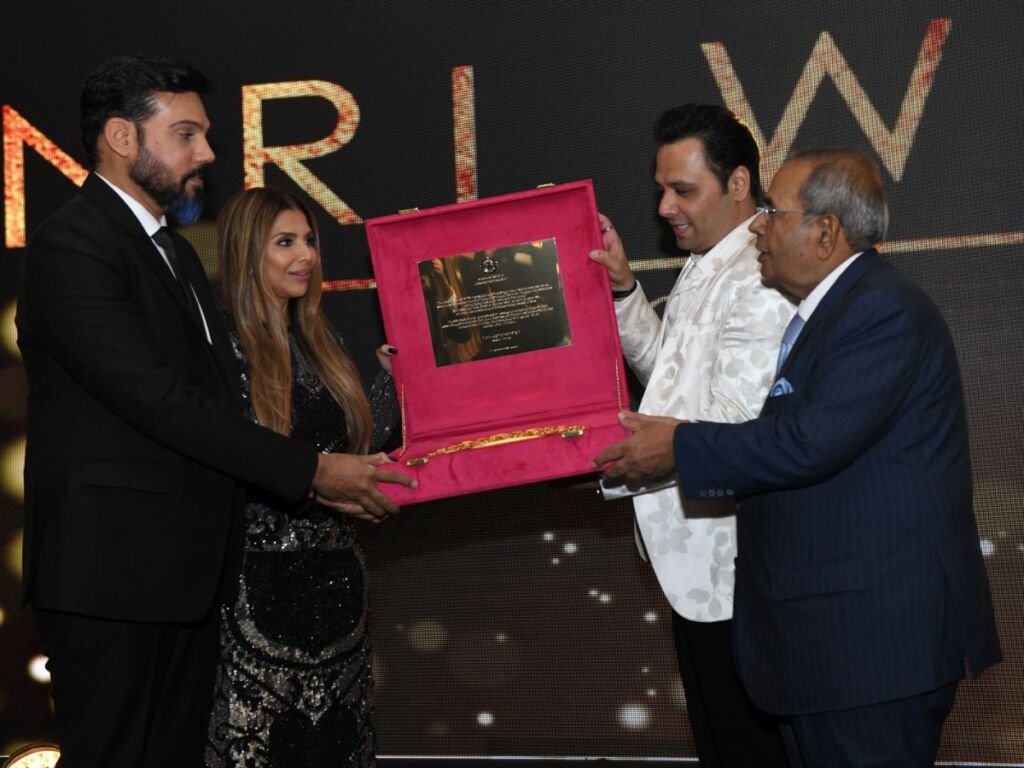 London [UK], July 14: Indian fashion designers and luxury couturiers Falguni Shane Peacock received the prestigious Shiromani award at the NRI World Summit 2022, held at Dorchester, UK. The designer duo, who have dressed numerous celebrities in India and worldwide, received the award for their immense contribution to the world of fashion and their philanthropic initiatives via The Peacock Foundation. The award was handed by GP Hinduja and Secretary-General Manu Jagmohan Singh in the presence of other dignitaries present at the event. The Shiromani Award was instituted in 1977. In the past, the award has been conferred upon eminent personas from all walks of life, such as Mother Teresa, The Dalai Lama, Chief Marshal Sam Manekshaw, actors Raj Kapoor and Jaya Bachchan, sportspersons Sunil Gavaskar, Sachin Tendulkar, Kapil Dev, PT Usha, and Vishwanathan Anand, amongst others.

The award ceremony was followed by an event held at the House of Lords the next day, where Shane Peacock was the keynote speaker who spoke about the flourishing Indo-Britain relations and trade association.