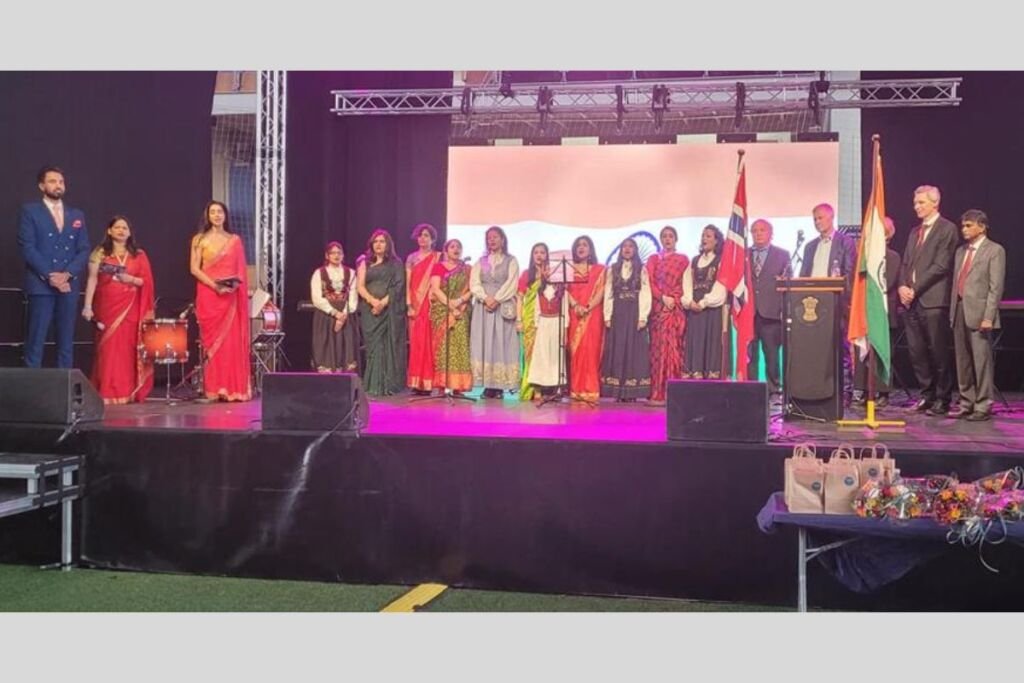 May 9: With spring in the air, Holi color festival is celebrated all over India in different ways. Holi festival stands for joy and understanding, and brings play, laughter and happiness with a myriad of strong colors.

Oslo Color Festival rocked Vallhall Arena filled with 2500 strong and a high-octane audience and energetic performers from across all states of India on 7th May. This was the grand beginning of Oslo Color Festival consisting of cultural diversity packed in five hours filled with song, dance, music and mouthwatering foods from every part of India; delivered  by  a team of over 500 volunteers and almost 15 committees.

Pulsating with its many languages, dressing traditions, cuisine, dance, music etc.  India is associated with a wide range of colors. Whether one comes from the most remote village in northern India or from the southernmost tip of the country, we all share a common understanding of the symbolism of colors, and what different colors mean to us. Cooperation and participation of the Indian diaspora in collaboration with the outside world, is an integral part of being Indian.

This mega event showed the rich, united and diverse India which embraces all the religions, languages, cultures, attires, cuisines and traditions of the world-as stated by His Excellency Dr. B Bala Bhaskar-ambassador of India to Norway It is popularly said that one lifetime would not be enough to discover India, and this is a humble effort to show some aspects of this unity in diversity.

The chief guest, Mr Tore Hattrem, the secretary general, ministry of foreign affairs fondly remembered how his children enjoyed the festival of color during his first posting as a diplomat in New Delhi. He marked that although there is a huge difference in the size of Norway in India, we share many common values. This first ever largest event in Norway is dedicated to strengthening the Indo-Norwegian relationships.

The highlights of the performances, speeches and activities were the childrens’ fashion show representing the different dress styles from all the states of India. We showed what unity in diversity means, the Indian way. It was a coming together of Indian talents in music, dance, oration, singing, food and the myriad shades of India pulsating brightly in the new loved home of Indian immigrants – Norway!

Mr. Erik Solheim (ex Member of Parliament and environmental minister) said- India has always represented tolerance, acceptance, peace and love. He asked the audience to bring in the spirit of Holi which is the spirit of color, of Krishna, of love. He praised the Indian community by saying “Probably the Indians are the most successful migrant community in this nation”.

With all 2500 tickets sold out within a few days, the Oslo Color Festival became a huge success and everybody is already looking forward to next year.  What a coming together we just witnessed!  The organizing committee promises to make this an annual Spring color festival. This event is completely self-financed through ticket sales and corporate sponsors, and should the event make any profit, it will be donated to a chosen charity.

Please hold the date and join us next year for even bigger and better festivities on May 6th 2023!