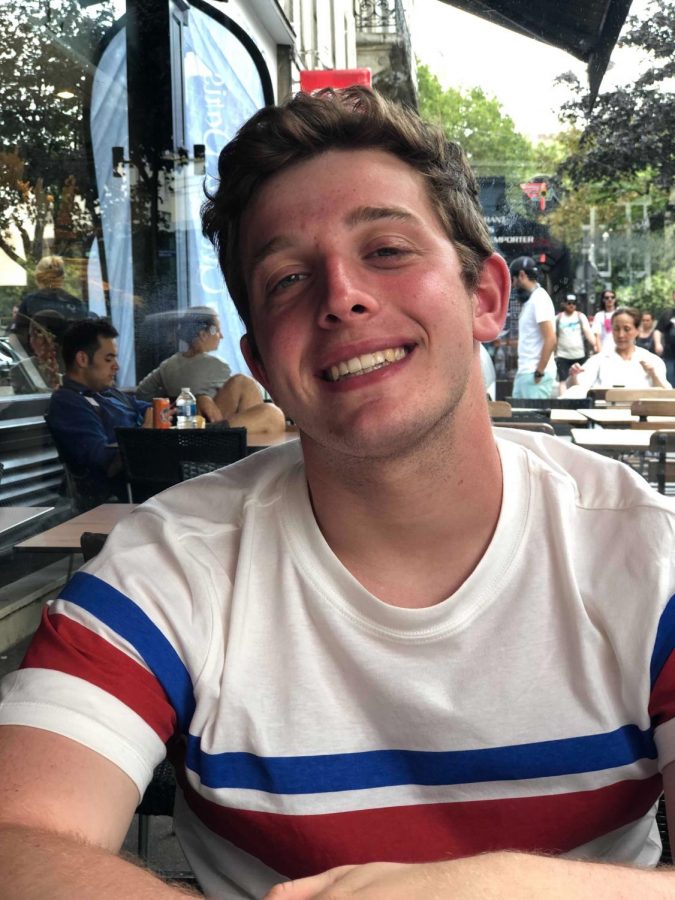 The spread of the COWID 19 pandemic has changed the lives of all of us in recent weeks.

As a graduate in a week’s time, I spent the time I used to spend at school, with friends or in the gym, thinking about what my experiences meant to me during my studies.

One of the most important parts of my student life – besides packing my bags at the Giant Eagle of course – was my work as a sports journalist at Pitt News. I started working in the spring of my first year and since then I have spent countless hours writing short descriptions of games, speakers, features and underwear.

I’ve wanted to be a sports writer since I was a kid. I wrote for my elementary school and for school newspapers, but at that time I never had the chance to write about sports.

I remember getting to the newspaper and at the first meeting of the sports journalists I didn’t really know what to write about and in which sport to continue. About a week later, sports magazine editor Steve Rothstein gave us the opportunity to write an article on the recruitment of Paris Ford, a very moving local product of Steel Valley High School.

I took this opportunity and I thank Steve every day for giving me the chance to go to this press conference for my first article. When I saw how a press conference was held and learned how to compete with other professional writers for questions, I got a good idea of how difficult sports journalism is. But the urgency I had from a simple press conference

After that first press conference, I began to realize that my possibilities were growing exponentially. I got to know the 14 different Pitt teams that need to be reported and a lot of different club teams. I’ve also seen the potential of stories going behind the scenes to look through the lens of games and press conferences.

I spent a lot of time beating women’s basketball at Pitt, including my teenage and senior years as a winning writer. I’ve seen the program evolve from basics to a revival at the end of former head coach Susie McConnell-Serio’s tenure, who, under the current head coach Lance White, was still struggling over the past two seasons.

The most valuable experience I’ve had working for The Pitt News is not only handling the games, but also getting a sense of who the players and coaches are. Because the press was very interested in the men’s team, I had free access to the players and coaches. In Postheim I led the questions with the help of my friends from the WPTS.

Although I enjoy the competition for attention at press conferences after the Men of Pitt football or basketball game, the spontaneous repetition of questions has greatly improved my interviewing skills after the game.

Apart from women’s basketball, I’ve worked in both men’s and women’s soccer and documented the change they went through after hiring two coaches with a championship background.

As an enthusiastic football fan, the opportunity to report on the matches in both programs has been one of the most enjoyable aspects of my work.

It’s a pleasure to see the progress of the men’s team. Pitt has never won a CCA game as a newcomer and as a senior he played my first CCA quarterfinals. They played and won the first round of the NCAA Tournament for their first appearance since 1965, and I saw thousands of people crowding the city field of Ambrose to applaud the Panthers.

I will always remember the CCA Championship at the Petersen Event Center in March this year, the last live sports event I was able to cover, and one of the last live events Pitt News reporter will cover in the near future.

During my three years at Pitt News, I have had brilliant, imaginative and creative writers and co-authors who have helped me in my work and improved my knowledge of sports and writing in general. I can’t thank them enough. Without them, my 160 stories would never have seen the light of day.

I know how difficult this pandemic has been and I want to compliment my colleagues on their hard work during this period. They showed how valuable the writing of a student is in all circumstances.

I would also like to thank The Pitt News’ Special Advisor, Harry Cloman, whose reviews of my articles have helped me consolidate and improve my work. What I regret most is that he cannot attend his introductory course on journalism and non-fiction, but the influence he had on my writing will forever remain in my memory.

Finally, I would like to thank my current editor, Stephen Thompson, Associate Editor, and Trent Leonard, Editor-in-Chief, for constantly urging me to strengthen my writing at every step and not to accept mediocrity in any way. Trent and I are the most experienced members of the sports club, and I will miss his comments as I continue to work after college.

After graduating from Pitt, I will always be proud to have worked for The Pitt News and to fulfill my childhood dream of reporting on the sport at Pitt.

‘Being a cloud-enabled government is a very positive thing for BC’: Insightful chat with...

Long road to the recovery of the training peak-cricket