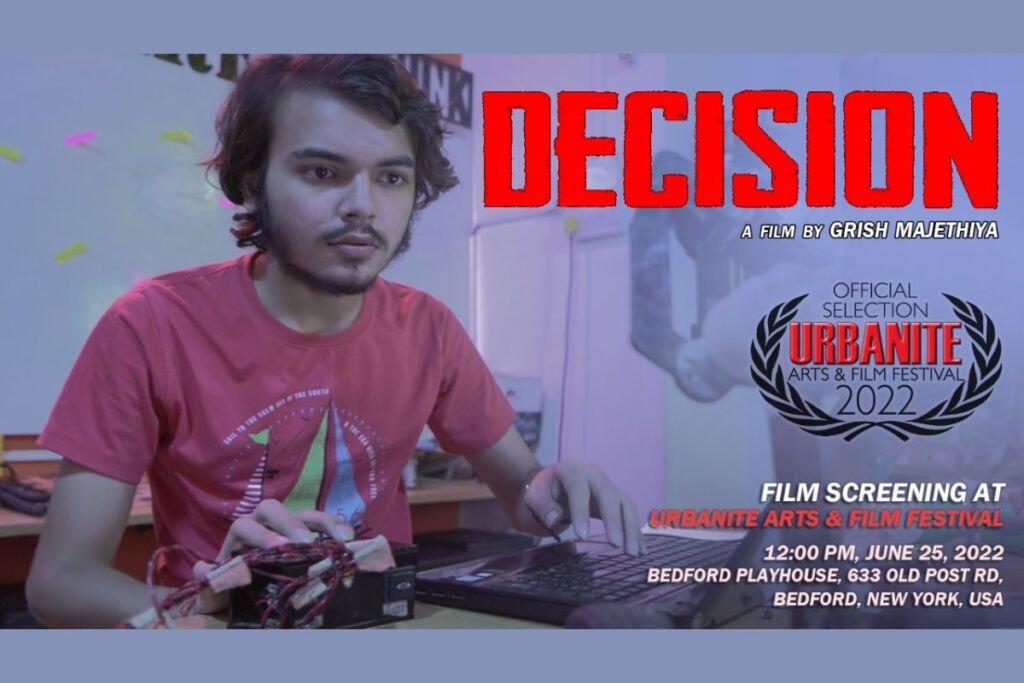 Aurangabad’s Grish Majethiya made it to New York. The short film ‘Decision’ written, directed & produced by a 17-year-old boy got selected at the Urbanite Arts & Film Festival.

June 23: Aurangabad’s Grish Majethiya made it to New York. The short film ‘Decision’ written, directed & produced by a 17-year-old boy got selected at the Urbanite Arts & Film Festival. The Urbanite Arts & Film Festival is a US-based film festival, & its mission is to foster the next generation of filmmakers. The screening is scheduled for June 25, 2022, at Bedford Playhouse, an art, film & cultural centre in New York.

‘Decision’ is rated 9/10 on IMDb and receives tremendous love from the audience.

The movie includes an amazing cast and crew. The whole crew had a lot of hard work in terms of creativity and cinematography. Short film ‘Decision’ was also selected in the top 100 films among 38,000 filmmakers from 332 cities and 19 countries by IFP! This short film was made in only 50 hours for a film festival by India Film Project called 50 Hours Filmmaking Challenge on 27th & 28th September 2020 during the Covid-19 Lockdown. Right from the story script, shooting, editing, music, everything in only 50 hours. He’s also focusing on his formal education & preparing for his college admission. He looks at renowned college perusing B-Tech & then MBA while keeping this filmmaking thing as part-time, and eventually wants to make films itself in future.

Grish Majethya is grateful for getting the support of everyone and hopes to create some new projects, keep everyone entertained and create a pathway to enter the Bollywood industry.