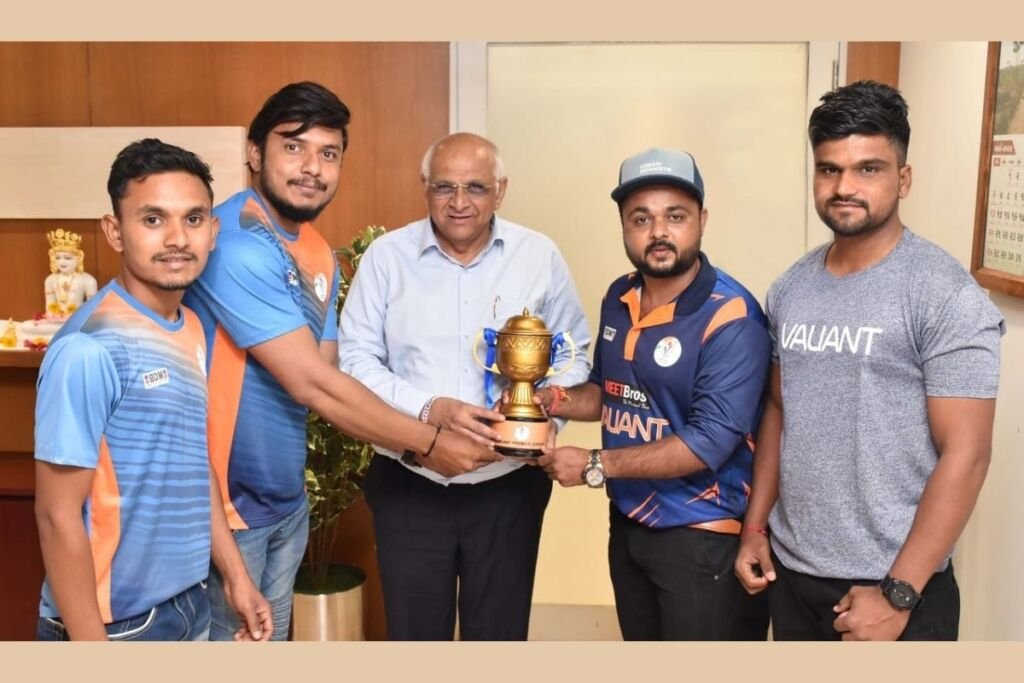 Valiant premier league is one of the very popular leagues in India. Valiant Premier League (VPL) is a 20 overs league. The league was founded by the Valiant Cricket in 2012. One of the most popular leagues in Gujarat, VPL sees the participation of five teams, Each team plays one other, there are four league matches and the top two teams clash in the finals, Lots of rural players gets popularity through VPL & many of them gets sponsored by the well known sports companies, its a good platform provided to the rural talented cricketer by Valiant Cricket,  VPL has became an Iconic League in 2012, When Prime Minister Shri Narendra Modi ji gave his best wishes letter to VPL, when he was the chief minister of Gujarat. And also the trophy of the first VPL which was launched by the Chief Minister of Madhya Pradesh Shri Shivraj Singh Chouhan. First edition of VPL was played in Bhopal, Madhya Pradesh and all the matches was telecasted live on DD Sports.

Vipul Narigara is a Valiant Cricket Team Cricketer. Apart from that, he has also acted in 2 TV songs. The first one is a Gujarati Song called “Jitvu Chhe” while the second one is “India Ki Shaan”. Vipul also has a massive fan following on Instagram, Facebook and Twitter.  Aman Rathod is an Indian Body builder who has become a well known face in Gujarat as well in India. He won Mr. Vadodara bodybuilding show in 2021. He also became brand ambassador for the well known Indian sports brand Valiant. Aman Rathod is very active on his social media platforms. Nitin Chaudhari and Chetan Chaudhary is also Famous Valiant Cricketers in Gujarat.