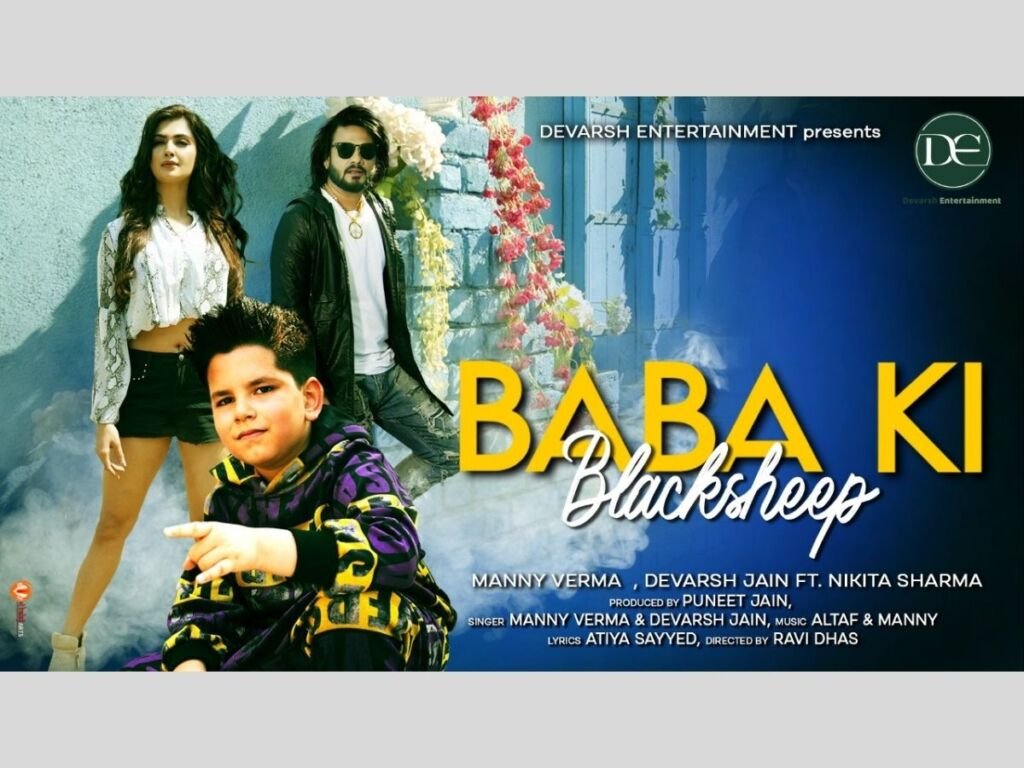 Mumbai (Maharashtra) [India], February 14: Baba Ki Blacksheep, a music video, has rocked the B-town with its spellbound music. The second edition of the music video was launched by Devarsh Entertainment Kota with singer Manny Verma and child singer Devarsh Jain.

The music video Baba Ki Blacksheep was produced by Puneet Jain, and it was recorded at Gravity studio Mumbai. The song is getting a good response from music lovers.

According to Puneet Jain, the USP of this song is that it can be enjoyed by adults as well as children as it has a universal feeling. This music video has been shot at a breathtaking location on the seashore. While both Manny Verma and Nikita Sharma look very beautiful in the video, child artists Devarsh Jain and Tvisha Solanki have stunned everyone with their cute laughs and performance.

Singer Manny Verma and Devarsh Jain have acted well along with well-known television artist Nikita Sharma. The song is composed by Altaaf and Manny and beautifully penned by Atiya Sayyed.

Manny Verma is a playback singer music composer associated with music albums with T SERIES and ZEE Music. He recently did a movie called ‘DOSTI KE SIDE EFFECTS ‘ in which he has given 5 songs as a duo composer.

Devarsh Jain, a child singer and actor from Kota has been launched from this song BABA KI BLACKSHEEP for the first time. Devarsh Entertainment, founded by  Puneet Jain, recently launched the channel with the first song, ‘DIL MERA KHENDA’, a romantic song sung by the melodious voice of singer Manny Verma, which was released last month and is getting a good response.