Mumbai (Maharashtra) [India], August 24: The popular short video production startup Fandawm has launched a new music label Fandawm Music Originals, releasing its first music video single Kamaal Kare Tu, with a theme of love and betrayal. Udit Saxena has crooned and composed the song, and debutant AJ Mahin penned the lyrics. The magnificently picturised video features a magic couple Faizal Siddiqui and Rubyynna, short video influencers, and sensational heartthrob Rizwan Khan (Rizxtar). The song has crossed over 1 Million views on YouTube since its launch in the first two days. The song’s teaser, released last week, was also an instant hit among the young audience and generated over 2 lakh views in the first two days on YouTube and 1 Million views on Instagram.

Beautifully shot across rustic yet contemporary backdrops with rich cultural vintage history, each frame of the song elaborates scenic and lush settings, thus adding a dash of vintage colours and a contemporary feel to the romantic scenes. Mukul Verma directed the video of the song, and production operations were done by Ankur Drabu. With Udit’s heart-touching voice, catchy and hummable lyrics from AJ Mahin, and an intriguing dark thriller video storyline, the song is set to top the charts and take over the short video creations on Reels, Moj, and MX TakaTak.

Under the repertoire of Fandawm Music Originals, the startup plans to produce over 25 music video singles in the next year and distribute them worldwide across various audio and video apps, including YouTube, Instagram, Gaana, JioSaavn, Spotify, and Amazon Music. The cast, Faizal Siddiqui and Rizwan Khan, both are immensely celebrated creators since their TikTok days; however, they are yet to establish themselves in the acting world. Rubyynna, the lead actress of the music video, came from a humble village background in Uttar Pradesh and relocated to Mumbai around a year back. Since then, Rubyynna’s social media growth has been phenomenal, and she has quickly jumped into the mainstream post her launch by Fandawm Music Originals. “Every influencer’s dream is to act in Music Videos to become a big star. Fandawm is offering this golden opportunity. In a short span of time, Fandawm has emerged as a launchpad for the new stars and is bringing forth the acting prowess of influencers who have been dominating the short video market for quite some time but haven’t really had a breakthrough moment yet,” said Faizal Siddiqui.

Fandawm, launched recently by ex-MX Player and MX TakaTak employees, finds and invests in content creators and helps them grow and create content aligned with their audience and brands. Pushpendra Singh and Snehil Narula founded the startup. Snehil  led the influencer content at MX TakaTak. Pushpendra is an ex-VP and Head of Growth and Content Strategy of MX TakaTak. He also spearheaded the OTT growth at MX Player. Previously, in 2019, Pushpendra launched immersive vertical format music videos for Gaana and also led consumer products at Amazon before this.

Fandawm is also producing its original web shows along with helping content creators to monetize their fans directly. With the pandemic, the Indian audience’s sentiment about going to movie theatres continues to be conservative, resulting in the delay and dearth of new movies. This supply phenomenon has created an opportunity for music singles, which are a form of short-story telling that would appeal to the Indian movie buffs. Music is an inseparable component of short videos. Venturing into the music by the short video production startup could be one of India’s most exciting fresh waves for original content creation. 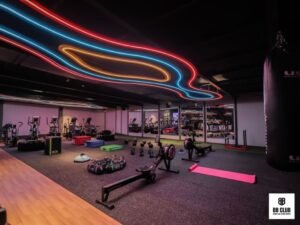 May 16, 2022
Check out this stunning temple-themed saree store in HSR layout! 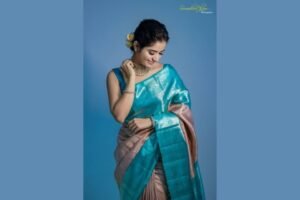 Check out this stunning temple-themed saree store in HSR layout! 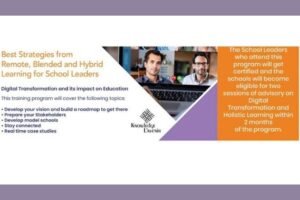 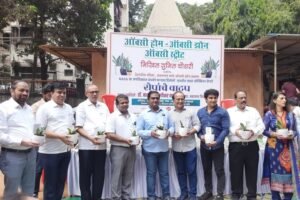 May 17, 2022
Black Bunny launches the largest BB Club and Game Zone to provide endless fun and a healthy lifestyle to the people of Surat 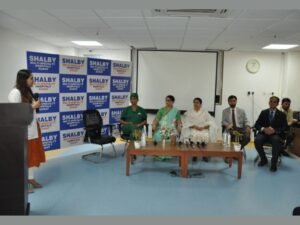