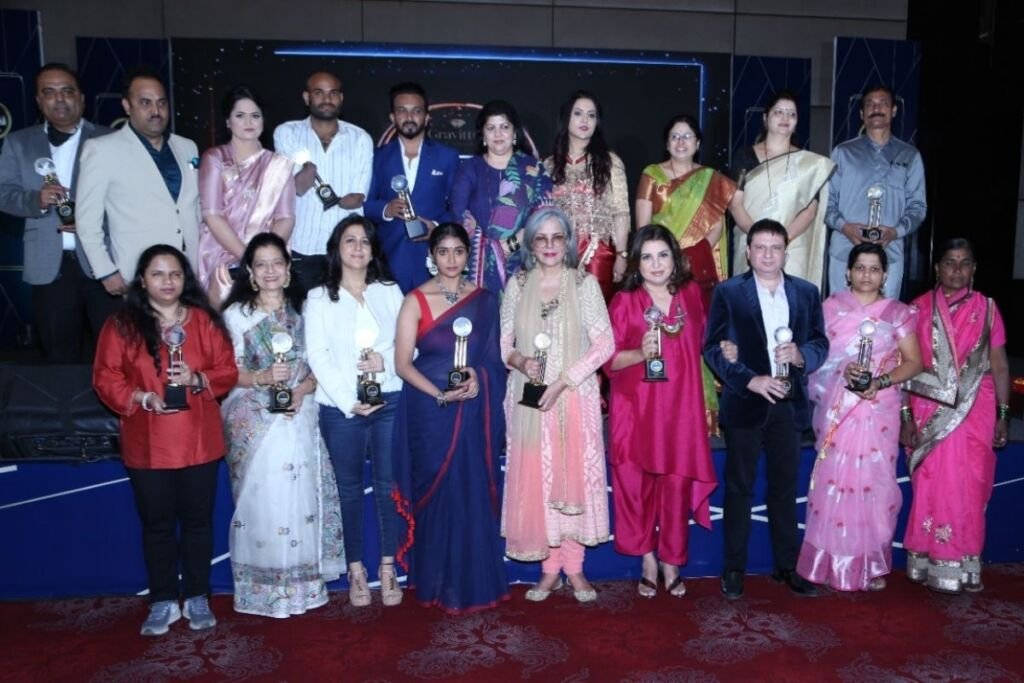 India, February 11: The fifth edition of URJA Awards took place in the environs of a plush suburban hotel and marked the attendance of celebrated dignitaries and personalities like Mrs. Amruta Fadnavis, Mrs. Sharmila Thackeray, Medha Kulkarni and Rupali Chakankar. The award function was also graced by celebrities like Bhawana Pandey and sportsperson Anjali Bhagwat. Achievers from the fields of entertainment, sports, philanthropy, business and education were recognised for their immense contribution by Mrs Usha Kakade, Founder& President of Gravittus Foundation. Along with Mrs Usha Kakade, her daughter Komal Rohan Deshmukh and her daughter-in-law Devika Vikram Kakade reiterated how much pleasure and pride they felt by celebrating another edition of URJA Awards.

Mrs. Usha Kakade, said, “Nothing gives me greater pleasure than being able to recognise these unsung heroes of our society through the Gravittus Foundation, it’s a matter of great pride for us. Year on year, Gravittus Foundation pulls out and awards those people who have made heartfelt and sincere contributions towards bringing about a change and uplifting the fabric of our society by lending their time, energy and selfless support to various humanitarian causes.” The Business Leader of the Year Award went rightfully to Yohan Poonawalla and further Popat Rao Pawar was commemorated for his philanthropic work in society. Braveheart Shaheed Hawaldar Sangram Patil won the bravery award posthumously. Suyesh Jadhav was awarded for his home run in the excellence in sports field alongside Kedar Jadhav, who won the Excellence in Cricket award. Finally, Ms. Zeenat Aman received a Lifetime Achievement award for her memorable and remarkable cinematic work over the years. Gravittus Foundation functions under the guidance and supervision of Mrs Usha Kakade, who is an active philanthropist with a firm commitment to do her part for society and a visionary whose vision, has created a company with a robust foundation. Gravittus Foundation has been organising and hosting the URJA Awards for the past four years and the foundation has awarded several change-makers who have served society and societal causes selflessly.