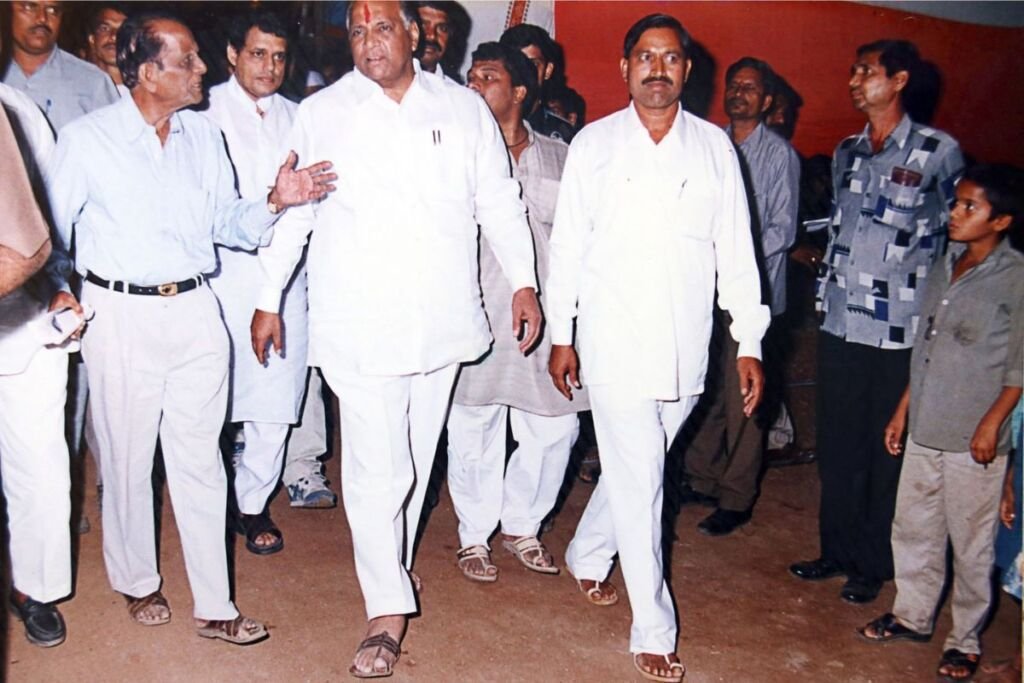 June 20: A good politician is a blessing to society and the NCP leader from Pune, Baburao Chandere is sure one of those. The intention of doing good for the community and experience of doing that are the most important traits of a  good politician and Chandere boasts of both.

Baburao Chandere comes from a humble background and no one in his family had any experience in politics. But since Baburao always loved to help the needy, his every step brought him closer to politics.

Baburao Chandere, a native of Sus, 2.5 km from Pune has a family of five brothers. The father supported the family by selling ice cubes at various places. Taking care of the poor in such a situation, Baburao developed an interest in social work. He completed his education up to the 10th standard and then did ITI. He used to work on his own brick kiln and in the fields as his house was in poor condition. Not just that, but he also worked as a gardener.

It was only after marriage in 1986 that he joined politics with his father-in-law Marutrao Dhankude. As his father-in-law was close to Union Agriculture Minister, Sharad Chandraji Pawar and a senior NCP leader, Baburao started understanding politics. While working, Chandere came in contact with the present Deputy Chief Minister Ajit Pawar.

It was in 2014 when Ajit Pawar took note of the consistency of growth and the different way of working and gave him candidature in the Kothrud constituency. At that time they had to accept defeat but in 2017, he contested the elections again and was elected for the third time in the corporation.

Baburao Chandere made his mark in politics and maintained the role of 20% politics and 80% socialization. From 2007 to 2017, he carried out development works worth Rs. 700 to 800 crore in Baner-Balewadi constituency under Pune Municipal Corporation. Realizing that we owe something to the society when he was a member of Chandere Pune Agricultural Produce Market Committee in 1999, he hired 13 to 14 youths and since he got the post of corporator, he hired 15 youths permanently in the corporation. So far, 55 youths have been given government jobs in various fields.

Baburao Chandere has also been treating thousands of families every year at festivals like Diwali and Makar Sankranti. Since 2006, every Diwali, a program is organized to distribute equipments to the poor. In 2006, 2000 families were being assisted and in 2021, the total reached 12000. That’s not it as under his leadership, Doctors have been honoured on Doctor’s Day, lawyers on Advocate’s Day, Teachers on Teacher’s Day and even students who have passed 10th and 12th standards have been honoured.

On the occasion of Ajit Pawar’s birthday, the Kabaddi competition is organized on July 12 every year. For this, he has taken the benefit of Ajit Pawar’s guidance from time to time. At the same time, his family has been a constant support.