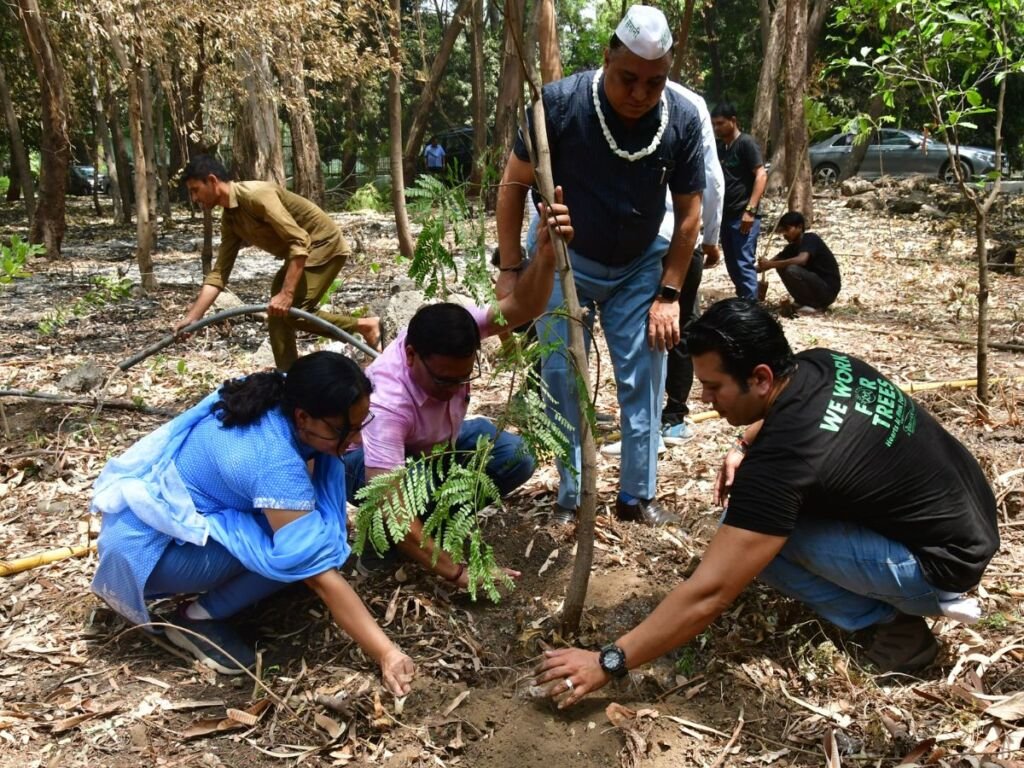 Surat (Gujarat) [India], June 9: Surat’s noted industrialist and environmentalist Viral Desai, who has earned the title of Greenman for his environmental initiatives, marked the World Environment Day on June 5 by planting 700 trees.

Viral Desai undertook the plantation at Sarthana Nature Park in Surat through his philanthropic arm Hearts At Work Foundation, in the special presence of Surat’s deputy municipal commissioner NV Upadhyay. The plantation was undertaken as a part of the urban forest taking shape in an adjacent place.

It is noteworthy that as a part of his environmental campaign “Satyagraha Against Pollution”, Viral Desai has undertaken plantation of more than 8,000 trees in Sarthana Nature Park to date. “With its extensive green area and dense plantation, the Sarthana Nature Park plays the role of lungs for Surat city. We plan to undertake the plantation of more trees in some patches within the nature park to further increase trees’ green cover and density. This will support the local biodiversity and ensure the nature park becomes the oxygen park for people in the true sense,” says Greenman about the initiative.