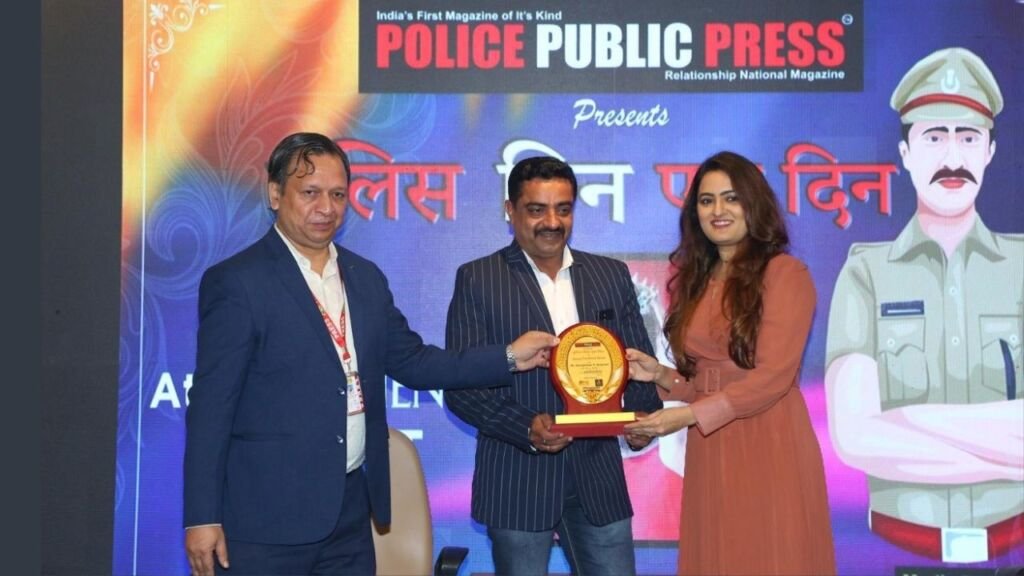 Surat (Gujarat) [India], May 11: Noted Lifestyle Coach & Corporate Trainer Ms Pooja Vyaas got the opportunity to felicitate police personnel for their service at a grand event in Surat on Sunday, May 8.

The grand function was organised by Police Public Press, a New Delhi-based organisation focused on the mission of making India a Crime-Free Nation.

Ms Pooja Vyaas, the Tiara Mrs. India International Classic 2018 crown holder, was invited as the guest of honour and speaker at the honorary doctorate and awards function “Police bin, Ek Din” (A day without police) at Le Meridien in Surat.

“It is my privilege to be speaking here at this grand awards ceremony organised to felicitate police personnel. Thousands of police personnel provide invaluable service to society with their untiring efforts and dedication, but many times their efforts are not recognised. I am happy to have been a part of this award ceremony and felicitate police personnel. I am also confident that this event will go a long way in changing the perception and the way police personnel are generally looked upon as,” the renowned fashion icon, life style coach, and corporate trainer, who has carved a niche for herself as a trendsetter with her new ideas and concepts on and off the ramp, said in her address on the occasion.

Fifteen well-known women entrepreneurs from different fields also participated in the glittering honorary doctorate and award ceremony. It was also attended by Padma Shri Kanubhai Tailor, the founder of Surat-based Disable Welfare Trust of India, which works for the specially-abled, and other prominent personalities from the Diamond City.

Ms. Pooja Vyaas is also president of Sampurna Vikas Trust, which last month attempted for Guinness World Record under the title “Most people in speech relay” in which more than 300 speakers spoke continuously for 24 hours on 300 topics on developing India (Vikassheel Bharat).