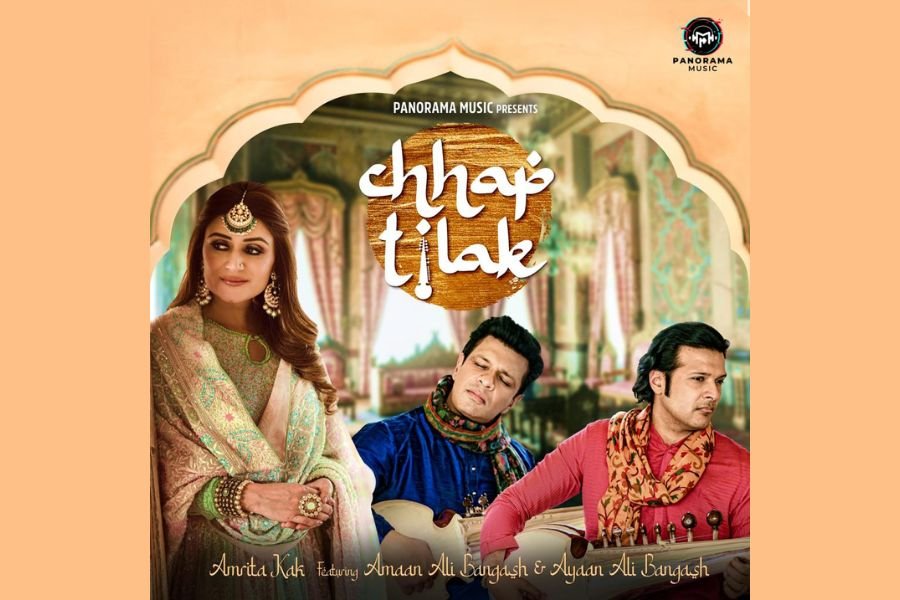 While Amaan and Ayaan are known as the torch bearers of their father Ustad Amjad Ali Khan Sahab’s legacy, Amrita started her singing career with ‘Just Chill’, a super hit song from the Salman Khan starrer ‘Maine Pyaar Kyun Kiya’ and went on to sing many chartbuster songs.

The soothing rendition has been shot with all three artists at the picturesque Amer fort in Jaipur.

Talking about the single, sarod exponent Amaan says, “It’s an honour to bring back the melody and mysticism inherent in this unforgettable composition that underlines the power of the Divine and has inspired us over the centuries. It’s been our continuous endeavour to bring great music to today’s generation, and we are happy to collaborate with Panorama Music on “Chhap Tilak”, whose magic can never fade away.”

Earlier this year, on Republic Day and 75 years of India’s Independence, the music label released a sublime three-minute rendition of Mahatma Gandhi’s favourite bhajan, “Vaishnav Jana To”, by sarod maestro Ustad Amjad Ali Khan and his sons, Amaan and Ayaan. Panorama Music is carrying the collaboration forward with Amaan, Ayaan, and Amrita through this evergreen song, which takes us into another world in three minutes, asserts Rajesh Menon, CEO of Panorama Music.