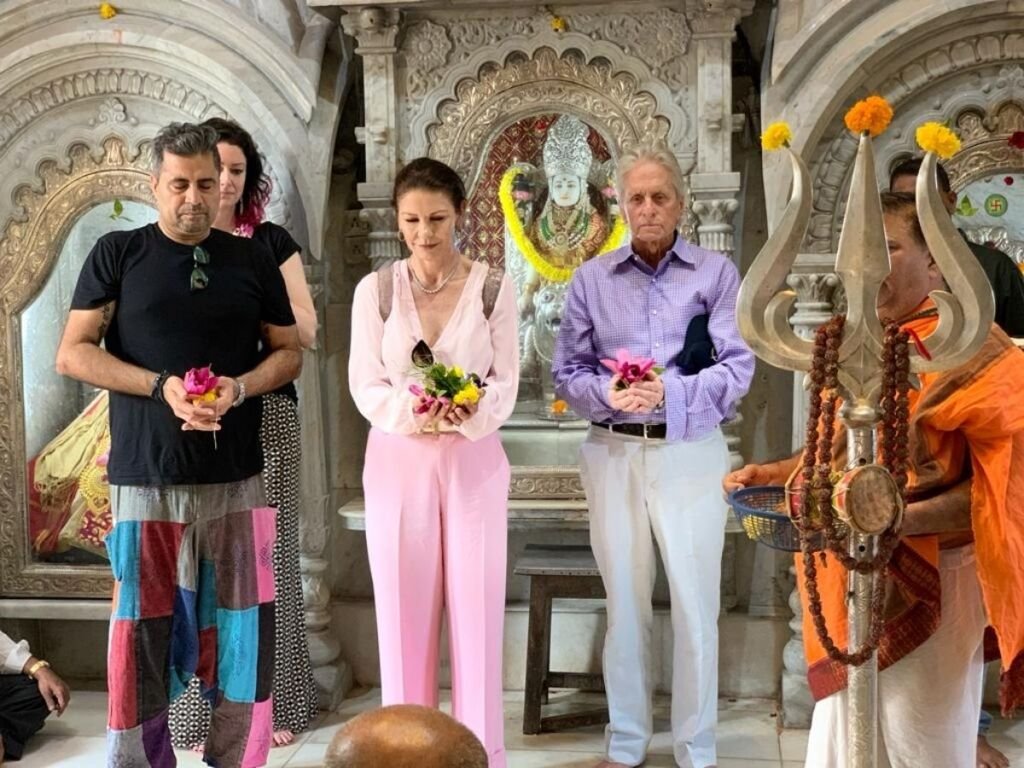 Mumbai (India), July 5: Known as a maverick in India’s entertainment business, Shailendra Singh launched an avant-garde way of telling captivating stories with his first endeavour, ‘Sergei: Unplugged Cinema by Shailendra Singh,’ during the first phase of the Covid lockdown. The 60-minute film on the world-renowned ballet dancer Sergei Polunin, released on Singh’s YouTube channel, captured vignettes from Polunin’s visit to India. Singh had invited him, and he also documented Polunin’s spiritual journey during his visit to the country.

Now, Singh is set to release his second project about Hollywood Royalty, Michael Douglas and Catherine Zeta-Jones, titled ‘Michael Douglas and Catherine Zeta-Jones in Unplugged in Mumbai’ on 15th July on his YouTube channel. The film captures the couple’s visit to a city that never sleeps. Singh takes them around some of South Mumbai’s most iconic places, including the Gateway of India, Dhobi Ghat and Babulnath Temple. What’s also interesting to watch is how Hollywood’s most famous couple renewed their marital vows by following Hindu wedding rituals. Singh and Douglas have been friends for more than 15 years, and their easy rapport can be witnessed in the film.

Talking about his new venture, Shailendra Singh, who was one of the first to create clutter-breaking content in the early 2000s through some of the most-loved films in Hindi cinema, says, “I have always wanted to tell stories in formats which are fresh and interesting to view for the audience. While feature films have a charm of their own, documentary filmmaking lends a certain realism that is not only difficult to capture but also present in an alluring manner. With the ‘Unplugged’ series, the idea is to create content that appeals to a cross-section of people with diverse interests in art, cinema, music, dance and the like. When my dear friends Michael and Catherine visited me in Mumbai, I jumped at the opportunity of capturing their visit to give their fans a view into their world.”

Michael Douglas says, “Catherine and I feel a deep connection to India and this visit to see Shailendra was incredibly inspiring. I’ve always been amazed at Shailendra’s energy and ability to bring any story to life. He’s captured our adventure most incredibly.”

Catherine Zeta-Jones says, “Shailendra has such excitement and pride for his country. He’s also just a great guy. He’s very caring, philanthropic, a very successful businessman, and just successful in life. He’s just a great human being and citizen of the planet.”