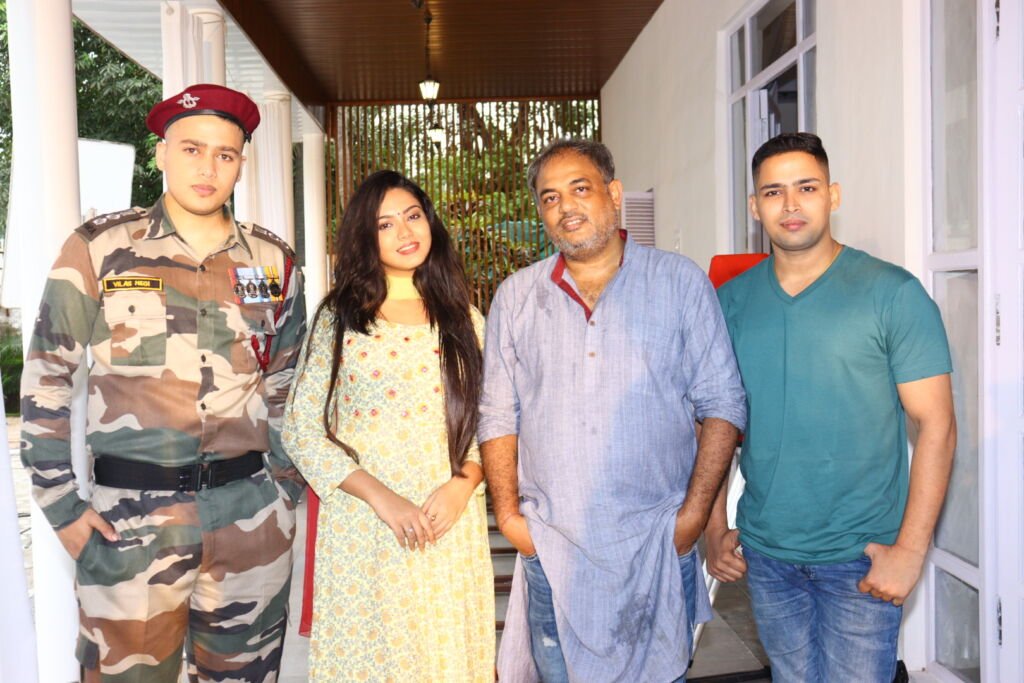 Mumbai, July 19: Suvendu Raj Ghosh is coming up with a single Safar, a tribute to our Valiant Soldiers. They held a press conference during the picturisation of the song in Mumbai. The song features Utsav Gurung, Sreyasi Shaw and Lovekansh Garg. The song is sung by Shahid Mallya in Hindi and Sishir Thatal in Nepali, and the Music Director of this film is Bob S.N. Actor Utsav Gurung also got offers for Hindi Films while shooting for this Album, and he is looking forward to working on great projects ahead. The Hindi version of the song will be released all over India on 12th August, and the Nepali version will be released in Sikkim on 15th August. 2022. The song is a tribute to our valiant soldiers who sacrifice themselves for the nation. While filming this song Sushma Gurung Shifted Her Office and Production House to Mumbai, and now she is the part of Bollywood Mumbai Industry. The song revolves around a would-be bride whose fiancé died on their wedding day due to a terrorist attack. The song shows the flashback in which her fiancé comes to meet her in the same uniform in which he had left her. It is the love story of a militant. The song and the video will touch the soul and will definitely give you goosebumps.

On this, the director Suvendu Raj Ghosh quoted Safar as not just a song but a tribute to the military of the nation. Considering the current scenario, a zeal to do something for the Indian army has driven me toward this song and the concept. Their sacrifice, valiance and courage will never go in vain. There are so many stories which are not known to the civilians. Few get the limelight, whereas few remain in the dark. This song is for all those army militants who sacrifice their life for our protection, especially to their better halves who suffer this loss.