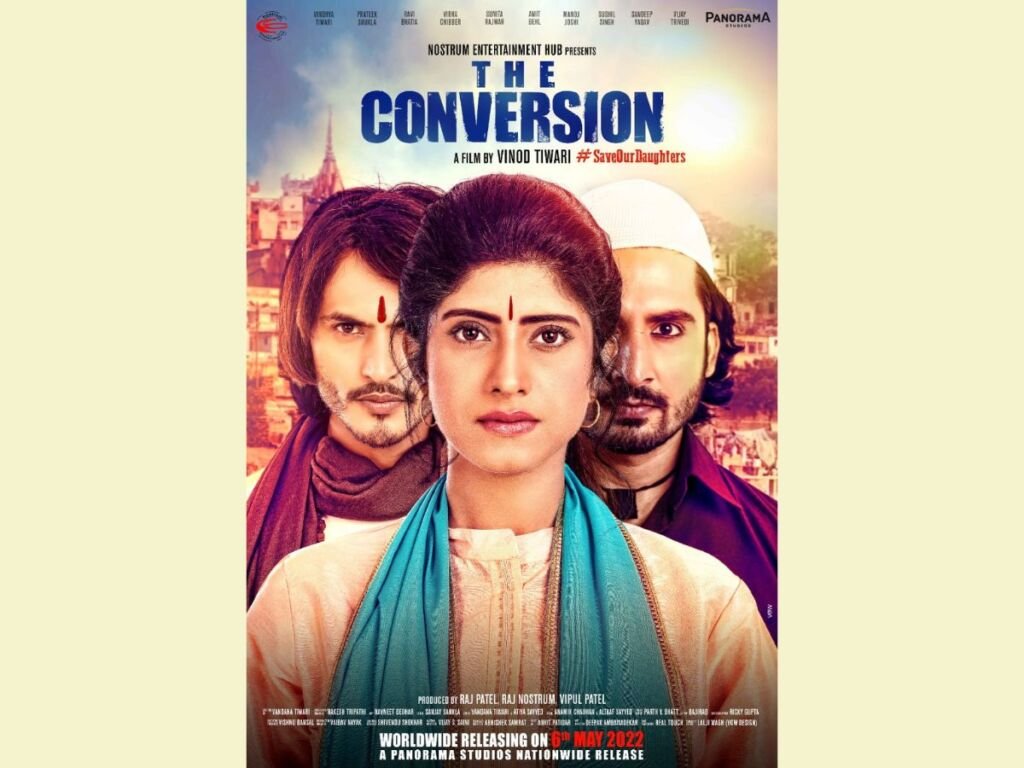 May 2: Love marriages and arranged marriages have always been a debate in India. It’s just how we Indians say, “Jo Khaye Woh Pachtaye, Aur Jo Na Khaye Woh bhi Pachtaye”. Love marriages have been taboo in smaller cities and villages even today. We’ve seen films like Ishaqzaade, Mohabbatein, Fanaa, etc., taking us through different circumstances, the mates while proceeding further in their relationships.

We will have the release of one such film, The Conversion; it’s a Bollywood drama exploring the dilemma of religious conversions that happen during love marriages in India. The film is directed by Vinod Tiwari and stars Vindhya Tiwari And Prateek Shukla in the lead roles. It also stars Ravi Bhatia, Vibha Chhibber, Manoj Joshi, Amit Behl, Sunita Rajwar, Sandeep Yadav and Sushil Singh.

The film has already had a few screenings in cities like Ahmedabad, Bengaluru, Hyderabad, Anand, Jabalpur, Gwalior and Mumbai and has received tremendous responses. Apart from having special screenings, the film is supported by BJP spokesperson of Delhi, Kapil Mishra, who runs the NGO. The film is dedicated to #SaveOurDaughters, and all those associated with the NGO also support the film. After watching private pre-screenings, several people have started pre-bookings of whole shows in theatres for the young daughters aged 12 and above in Anand, Ahmedabad, Bengaluru, Mumbai, and more commitments, the show pre-bookings of theatres are pouring in from various individuals and organizations.

The director, Vinod Tiwari, shares, “Our film has already crossed the hurdles, and we still stand strong to release our film not just in India but across the globe.”

Written by Vandana Tiwari, the film is produced by Raj Patel, Vipul Patel and Raj Nostrum under the banner Nostrum Entertainment Hub and is slated to release on 6th May 2022. The music of the film is by Anamik Chauhan, Cinematographer is Navneet Beohar, and Editor is Sanjay Sankla.