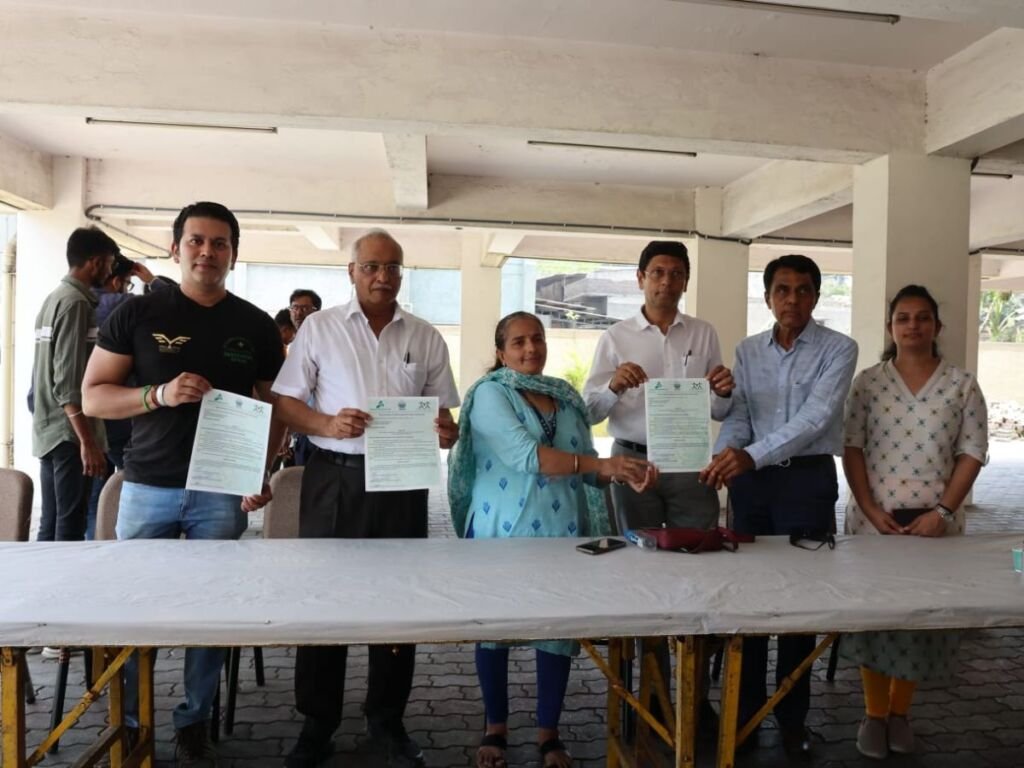 Surat (Gujarat) [India], June 16: A vast Urban Forest is planned in the industrial zone at Pandesara near the newly made office of Gujarat Pollution Control Board. A Memorandum of Understanding between Hearts at Work Foundation, GPCB and Pandesara Infrastructure Limited was signed. The tree plantation for the 1st Phase was also executed therein.

During the Signing of the MoU and plantation program, the Chairman of Pandesara Infrastructure Kamalvijay Tulsian, the President of South Gujarat Processors Association, Jitubhai Vakharia, other employees of PIL and officers of GPCB were present.  Kamalvijay Tulsian Chairman of Pandesara Industries Limited, the Regional Officer of GPCB Jignasha Oza and, known as the Greenman and founder of Hearts at Work Foundation, Viral Desai were the signatories present to sign the MOU.

The Urban Forest coming up at Pandesara is a part of the “Satyagraha Against Pollution” movement initiated by Greenman Viral Desai. To be prepared by the famous Japanese Miyawaki technique of tree plantation, this forest will be the second Miyawaki forest after the Shahid Smriti Van, Udhna of Indian railways. GPCB and PIL will undertake the supervision and caretaking after the plantation. In this Urban Forest, more than 500 Native Species of Trees will be planted in the near future, making it a much-needed Oxygen Park in Pandesara Industrial area. As an aftereffect, even the ecosystem restoration and bio-diversity will be sustained in the future. In this context, Greenman Viral Desai said, “The Urban Forest coming up as a part of our movement Satyagraha Against Pollution, will not only be an advantage to the Pandesara Industrial Estate but also thousands of people living in its vicinity will be benefitted.”

The Regional Officer of GPCB, Jignasha Oza, added, “Our department is always ready to fight against pollution. And it makes us extremely happy if a foundation, with the motive of Satyagraha Against Pollution, joins hands with us. We believe this will be known as a model forest for environment lovers in a short span of time.”

It is noteworthy that this Urban Forest has been named “Amrut Van”, which has been dedicated to the “Azadi Ka Amrut Mahotsav” program. The President of the South Gujarat Processors Association, Jitubhai Vakharia and PIL Chairman Kamalvijay Tulsian applauded the idea of an Urban Forest and have pledged their support in the direction of environmental protection, always.