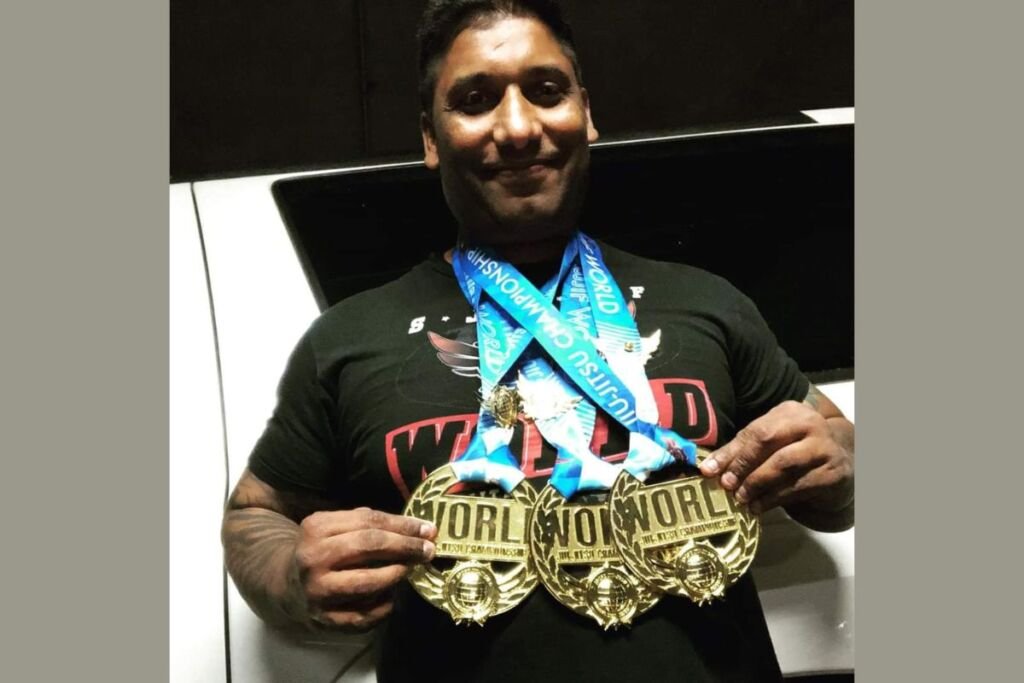 June 13: India has a great tradition for sports and keeping aside Cricket, our athletes have been making a mark in various other sports as well. Some of these sports were little known or popular before our athletes raised the tricolor high at global platforms. Neeraj Chopra is now a household name and, after bagging a Gold at Tokyo Olympics, has motivated the new generation to take up Javelin throw as a sport.

In 2019, he bagged 3 gold medals at SJJIF (Sport Jiu Jitsu International Federation) World Jiu-Jitsu Championship and became the world champion. In 2021, he bagged 7 medals across various divisions at the IBJJF championships. Both IBJJF and SJJIF are considered to be the mecca of competitive Jiu-Jitsu across the Globe, and Gurwant is one of the few Indians, vigorously participating and winning medals in the internationally acclaimed events.

With decades of practice and experience in diverse martial arts and combat sports, the gold medallist found his calling in Jiu-Jitsu. Since then, he has been zealously participating in a wide range of state-level, national-level, and international-level competitions and bagging medals in various divisions. However, the journey hasn’t been an easy one. Back in 2017, while he was on a trip to India and was training people for free, a few trolls targeted him and called him a fake master. Unscrupulous allegations were levelled against him. This incident etched on his heart yet motivated him to work harder. He proved everyone wrong by winning medals at world-class championships and becoming the world champion which only a few Indians have achieved, if not none.

“My biggest key to success in Jiu-Jitsu is consistent practice and enthusiasm. I want to inspire the world to take up Jiu-Jitsu. Soon, I am planning to open a professional gym for those who want to be the next rising Jiu-Jitsu global champions,” shares Gurwant, who presently holds a purple belt with two stripes. Currently, he trains under Professor Felipe Pena (BJJ Black Belt).

Gurwant doesn’t miss an opportunity to visit India. During his visits, he conducts free training camps and hosts various Tournaments. His BJJ tournaments are acclaimed to be the best India has ever witnessed. The next one is in November 2022.

Gurwant Singh Ladhi believes age is just a number. He will be touching 50 years of age this month yet believes in hustling each day on the mats. He hits the gym first thing in the morning before heading to work. He is married and has 3 kids, 2 daughters and 1 son. His wife and family are his biggest support and pillar of strength in his martial arts journey.

He is a god-fearing soul who is always eager to help the poor. As a socially responsible martial artist and a human being, he helps many families and old age homes in Punjab in whatever means he can.

Our country needs more champions like Gurwant Singh Ladhi, who, despite being in the US, are so close to his Indian roots and takes pride in winning laurels for India.